When most people think of YouTube images, cat videos and clumsy skateboarders come to mind. This is because it’s never been easier or cheaper to produce video content.

However, there is a powerful advertising venue that is often overlooked by many online marketers.

In general, the price of a YouTube advertisement varies per each ad unit. With higher end in-display ads costing near $.30 per and lower-end in-search ads somewhat cheaper @ $.10.

The magic of YouTube allows advertisers to target viewers by location, age, gender, and even what types of videos they like to watch on YouTube. The cost of advertising on YouTube rises incrementally the more focused the target audience.

Offering such a wide variety of advertising options has made YouTube a serious contender when it comes to online marketing.

The most prized real estate on YouTube is the homepage, also known as the YouTube Homepage Redzone. An advertiser can purchase this large space for 24-hours and utilize however they like. This ad will usually take place in the form of a large banner ad with mixed media options like trailers and video clips.

You’ll find some of the most dynamic, engaging, and well-produced video ads in the Red Zone.

At an estimated $300,000 a day – it’s easily one of the most expensive advertising available on YouTube.

Don’t let the high price of Redzone Advertising scare you. There are other much more affordable options. A less expensive form of YouTube advertising is TrueView In-Stream. This is an increasingly popular option that appears as a pre-roll video before a chosen video plays for the viewer.

These are usually 30 to 60 second spots, and are skippable after the first 5 seconds of viewing. Believe it or not, longer videos seem to work best for the in-stream ads. So 60 second spots are the most popular option.

You are only charged if the viewer watches the first 30 seconds of your video. This is why many marketers and advertising experts opt for the 60 second spot at the same price.

In-stream ads are basically a cheaper version of Cost-per-click advertising. With an estimated average cost of about $ .04 each. Up to date traffic data is available and YouTube claims these ads are 20% more effective than offline ads.

Continue Reading for More on the Cost of Advertising on YouTube

In-stream ads are targeted based on context, interests, and demographics. This requires that your campaign target a specific demographic and topic for the best return on your investment. It’s best to choose to advertise before videos that are in-line with your ad’s content. You also want to target logged in YouTube visitors who have interests that match your ad. Alternatively, you can target logged in YouTube users who match your chosen demographics.

This is a more traditional form of advertising that YouTube formerly called “Promoted Videos”. TrueView ads work in much the same way that Google Text ads do. You simply build your campaign by bidding on keywords, with each ad having exactly the same character count requirements as Adwords does.

A thumbnail image is then pulled from your ad, and you will have the option to choose between four frozen images.

Google, has also recently introduced customizable thumbnails to YouTube. This allows the advertiser to create clearer and more crisp custom images. It’s a good idea to select an image that most accurately convey’s the spirit of your advertisement.

YouTube advises that you direct your viewers to a customized brand channel, in order to watch your videos. TrueView also boasts a handy call-to-action text overlay that can appear over the ad as it runs.

You should use the same general strategies that are employed when using AdWords; however, the  market on YouTube isn’t anywhere near as flooded as it is on Google. This greatly increases your chances of winning a bid on keywords that are normally impossible to get Google AdWords.

The tracking works very similarly to AdWords as well, however it’s not as easy to track conversions because visitors are clicking through to a video and not going directly to your website. It takes a little more work to manage negative terms on YouTube. Probably the best way to decipher which negative terms to choose, would be to monitor your campaign closely and weed out any odd search queries.

If you are complete newbie on YouTube, you might want to select the text overlay only option. This is a great first step for Adwords users who are making the switch to YouTube. You can simply create a placement campaign and target YouTube.com. 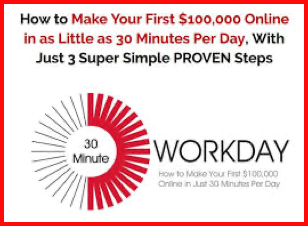 I Do Not Blog Often, But When I Do... You Do Not Want To Miss Out. Just Sayin'

Thank you for subscribing.